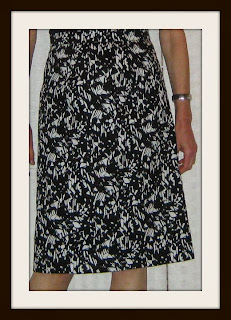 I am so pleased with this skirt, I decide to showcase it in a frame :)

I made this skirt as part of the Scary September challenge, being held by Beverley (BeaJay) at:
www.ontheroadtosewwear.blogspot.com

The challenges I set for myself was to  use the Surefit system to draft a skirt.  I had previously used a surefit template to draft a pair of pants, but they did not work out well for me.  So I sort of gave up with the concept at that time.  Now seemed a good opportunity to try again.  I thought I couldn't go wrong with a skirt.

Surefit can be found here: www.surefitdesigns.com

This is the muslin: 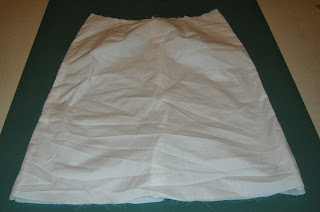 The muslin worked beautifully.  This block is called a straight skirt, but it is very slightly A line.  I decided that would work well for me and the fabric I had chosen.  Just enough of an A-Line to make walking easy, but not too much to swamp me. 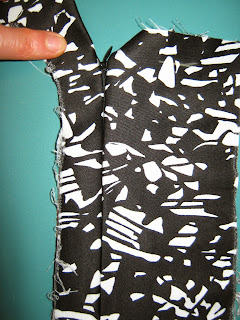 Again, went in easily - I do need to nudge closer to the edge at the top of the zip, but this was a two minute trial, not the real thing.  Anyway, I decided that the fabric was busy enough that an invisible zip was really not needed. So I cut the skirt out with enough seam allowance at the back to allow a lapped zipper insertion: 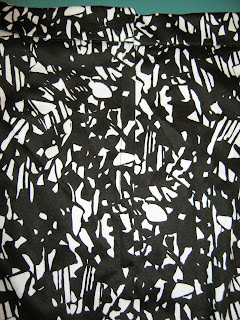 This works nicely on such a busy fabric and looks quite neat inside as well: 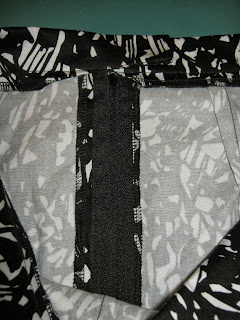 The skirt was simple to make up and the only problem I had was that the hemline dipped at the front and was raised at the back.  I am not sure if this was the way I drew the pattern, but I did have to spend some time levelling the hem, which was a pest.  I'll have to put a note on the pattern so I remember next time that there is a problem.

Okay, now for the pretty pictures - I'm having an unruly hair day today.  This is the front:

And this is the back view:

I'm very happy with this little skirt.  As it is for normal everyday wear, it is not lined.  It gets hot and humid where I live, and there is nothing worse than wearing a lining.  I'll slip a petticoat on if I wear stockings, or in winter when I wear thick tights.

Has now become my little patterned dress idea.  Yes, I think Sarah Liz is going to start exploring the world of dresses next.

Keep happy and healthy, wherever you are...