Inspired by the Movies - A Little Black and White Tee... 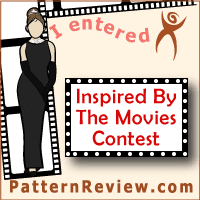 I was in two minds about this contest until I visited www.stylist.co.uk/fashion/45-iconic-fashion-films.  This site was listed on the contest discussion as a place to find ideas.  I decided I would enter this contest after seeing this image of Jean Seberg - from the French Neo Realist Film "Breathless". 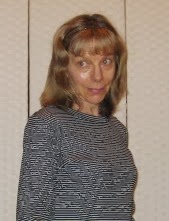 I do find that classic black and white tees very handy though.  And as some of you know, I am trying to learn to sew with knits at the moment.  They all seem to handle so differently.  So this contest seemed an ideal opportunity to stretch my knowledge, and the inspiration to make up a piece of black and white knit in my stash was too hard to resist. 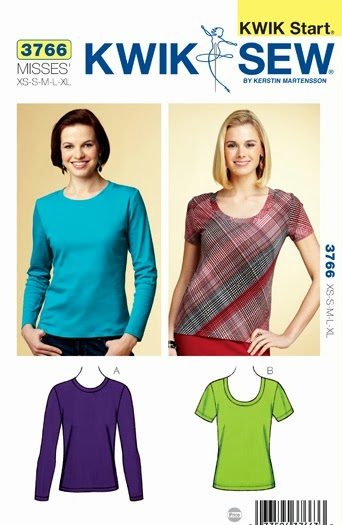 I cut size small (and yes, I did make a muslin first - I always check a new pattern with a muslin): 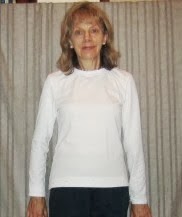 The muslin was a cheap polyester knit- there were wrinkles radiating down from the neckband to arm, but I thought this had much to do with the plastic rigid nature of this cheap fabric.

The final garment looks nice and is not wrinkling nearly as much:

This was an exercise in sewing knits so I will show you the sewing: 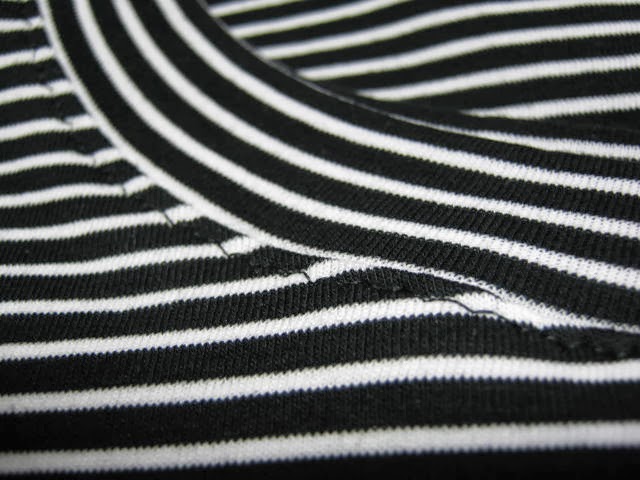 I usually anchor a neckband down when I sew a stretch band on - I thought this did not look good with this sharp fabric - so I took the stitching out : 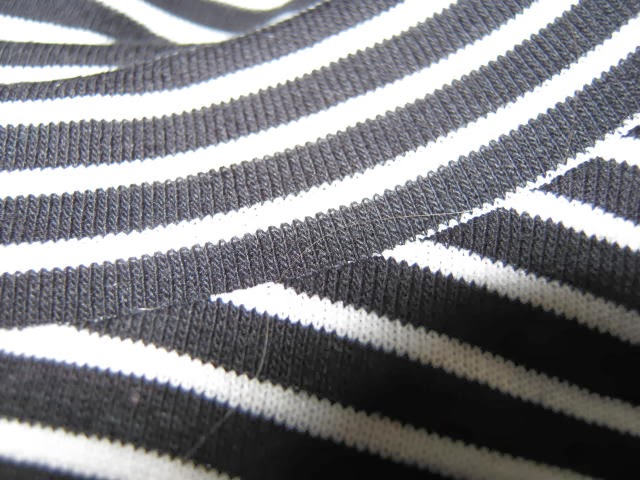 Which on this fabric is a much nicer finish - it looks sharp and crisp, just like the stripes. 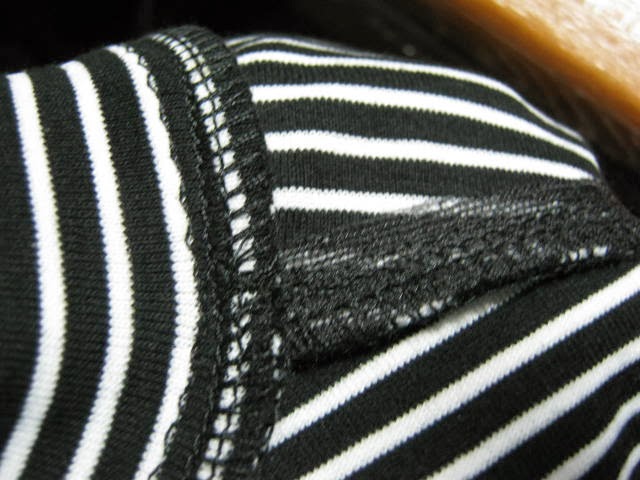 The inside stitching looks neat - I'm a bit of a stickler for garments looking as good inside as out - see above. 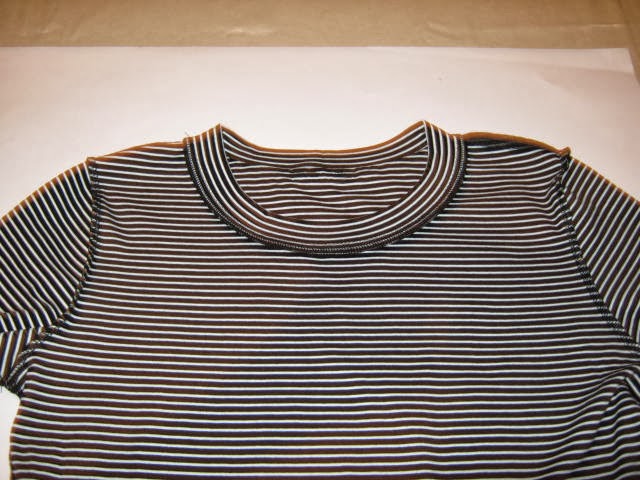 And this one does - above is the inside, and below the outside: 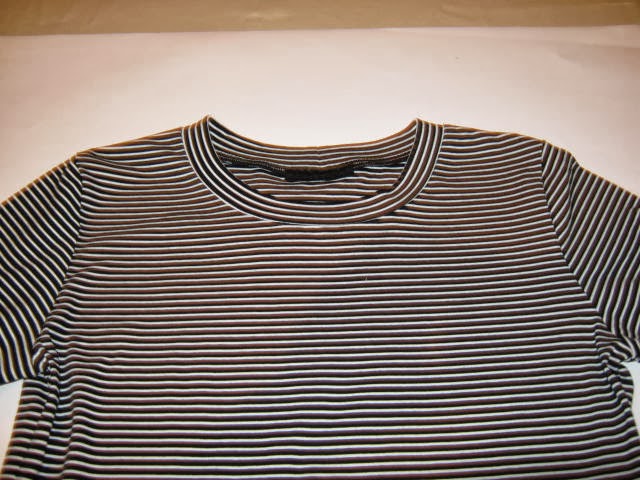 The only real problem I had was with the hem - it just wanted to stretch and stretch.  After numerous sample runs, I decided the solution was to "band" the hem - which means I just turned it up and overlocked the hem allowance on so that it functions as a band: 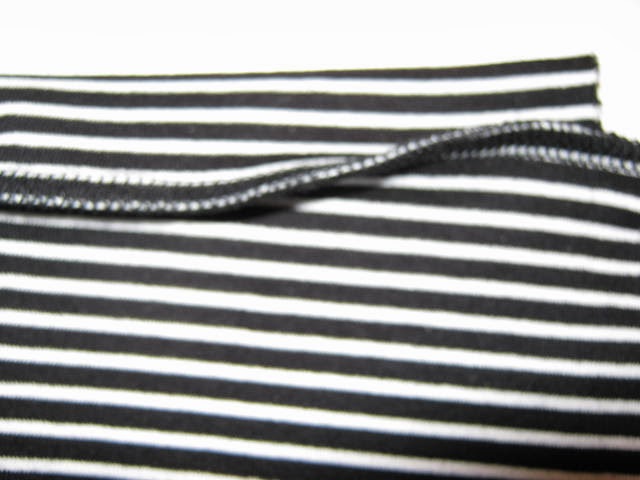 The finished result works quite well: 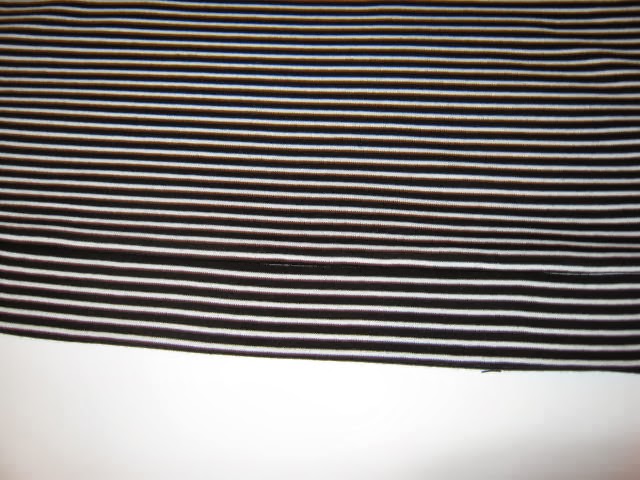 The hem is now a separate band - it looks quite good and solved the problem :) 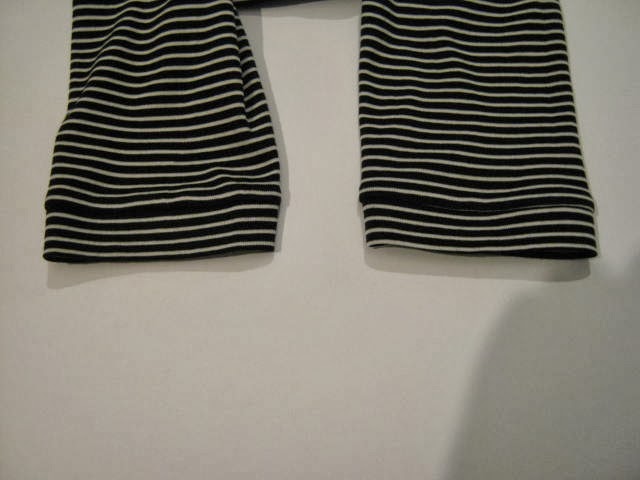 The arms are also hemmed in the same fashion.

So, one finished little black and white t-shirt:

Unfortunately, there is quite a strobe effect happening in this picture - in real life it looks beautiful on.  And feels lovely on.  I'll try and get DH to take a photo one day, when we both have some time.

This little pattern was a gem - it fits nicely and it looks good.  It is going to go into my TNT pile:)

Posted by sarahlizsewstyle.blogspot.com at 5:32 PM