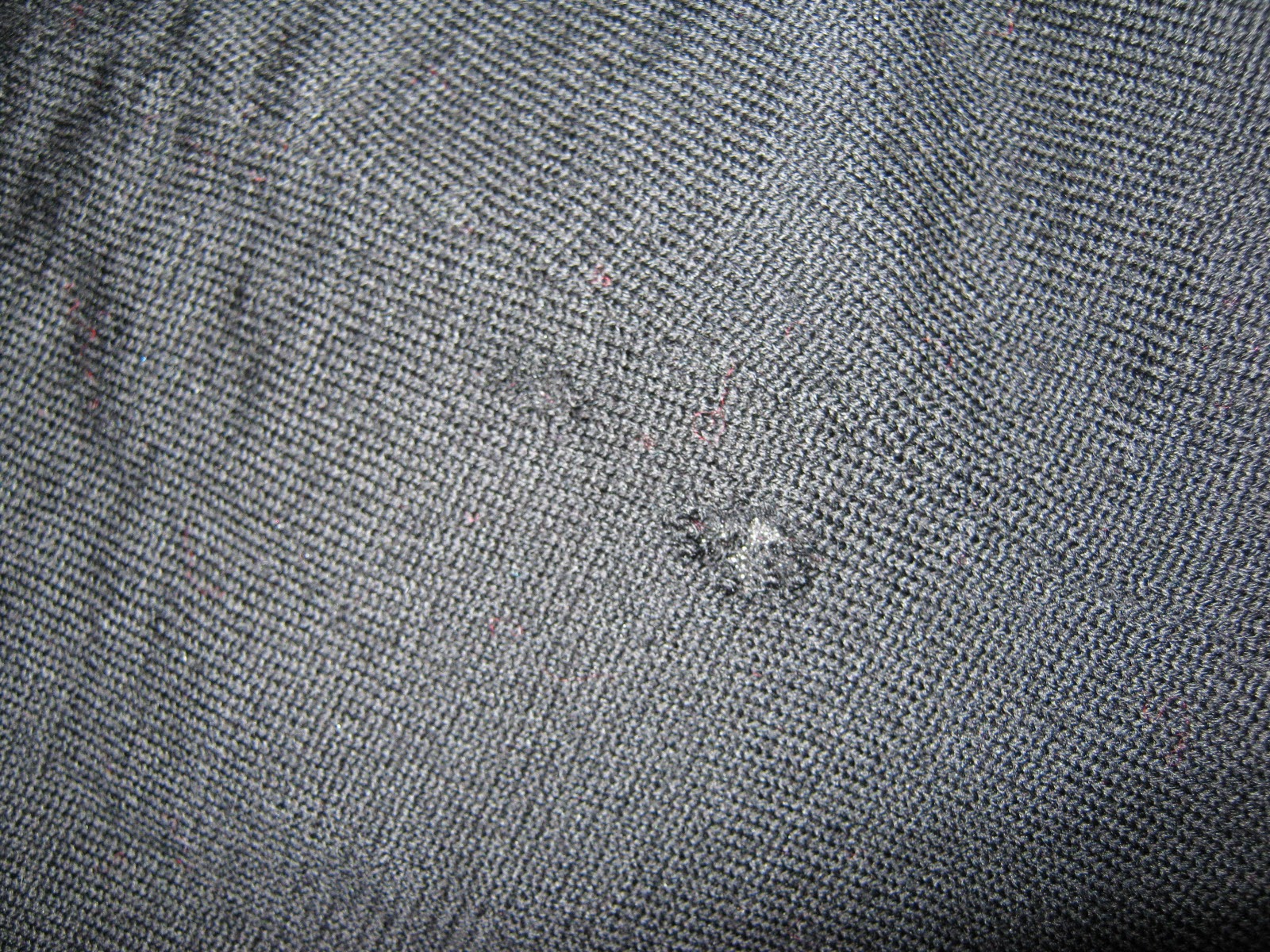 I have a nice little twin set, made out of merino wool, that I have never worn because it was "too good" and was being "saved" for the right sort of occasion. Well, this was not a good idea, because either the fabric has degraded (textiles do decompose over time ) or a moth (or something else) had a meal.  I think it was degradation, because the top had two holes, and the cardigan had an area that was thinning and doing "something" but did not seem to be eaten.  I also store my woolens in a highly toxic environment of moth/insect repellents ( probably not very environmental, but then, I only tolerate so much nature eating my clothes)  and none of my newer woollies had any sign of a problem.

I was a little miffed, as you can understand.  I decided that somehow I was going to salvage these garments and then wear them a lot.  I shall also wear anything else deemed "too good to wear"before it suffers the same fate!!

I decided a piece of lace would do the trick.  First I applied a knit interfacing to the area with holes and then darned over the top of the holes to keep things together:

Then I attached a piece of wide stretch lace to each side, anchoring it at the side seams and then around the edges: 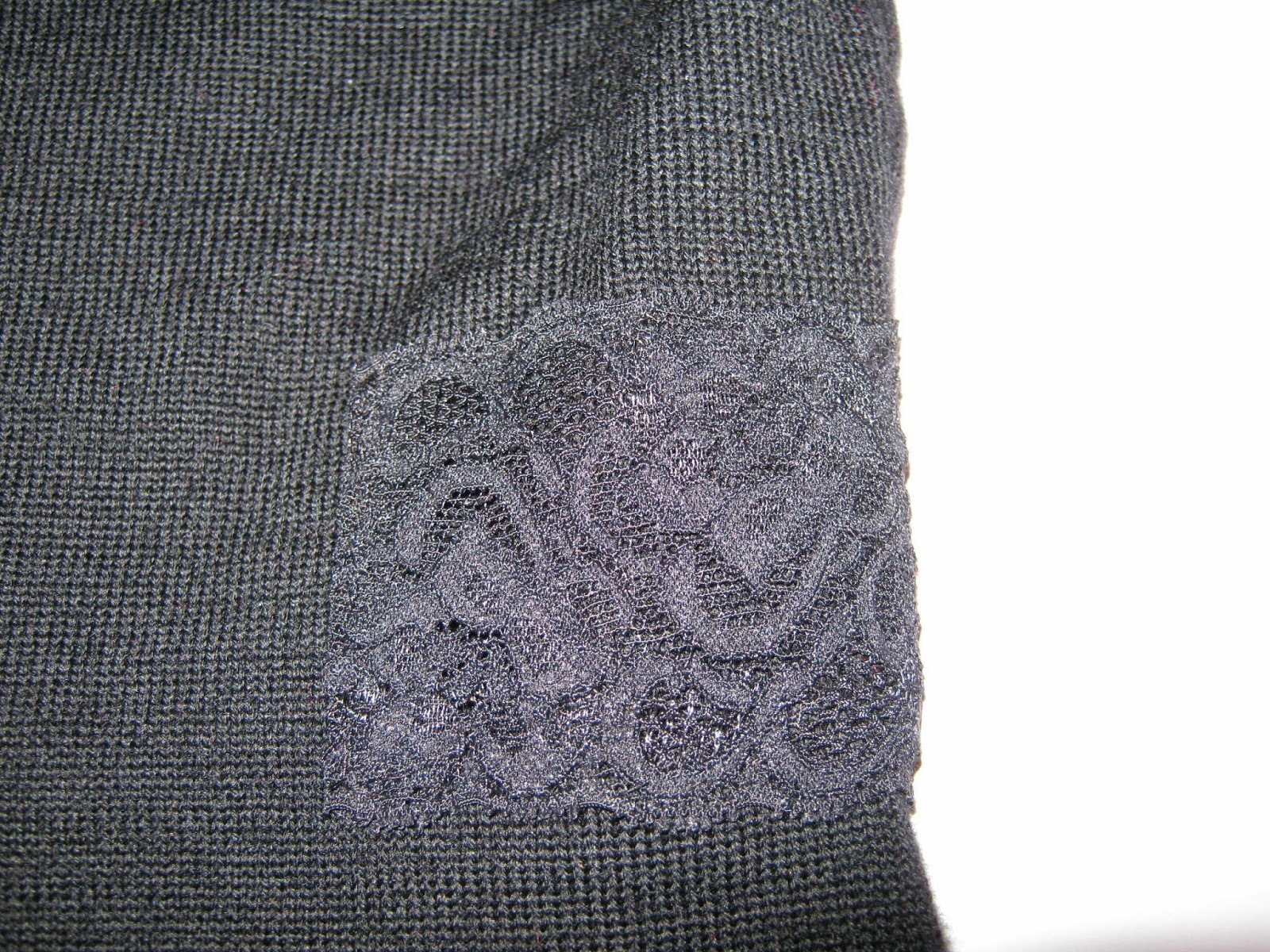 Although the holes were only one side of the garment, I thought the top would look more as if this is what it is supposed to look like, with a symmetrical approach: 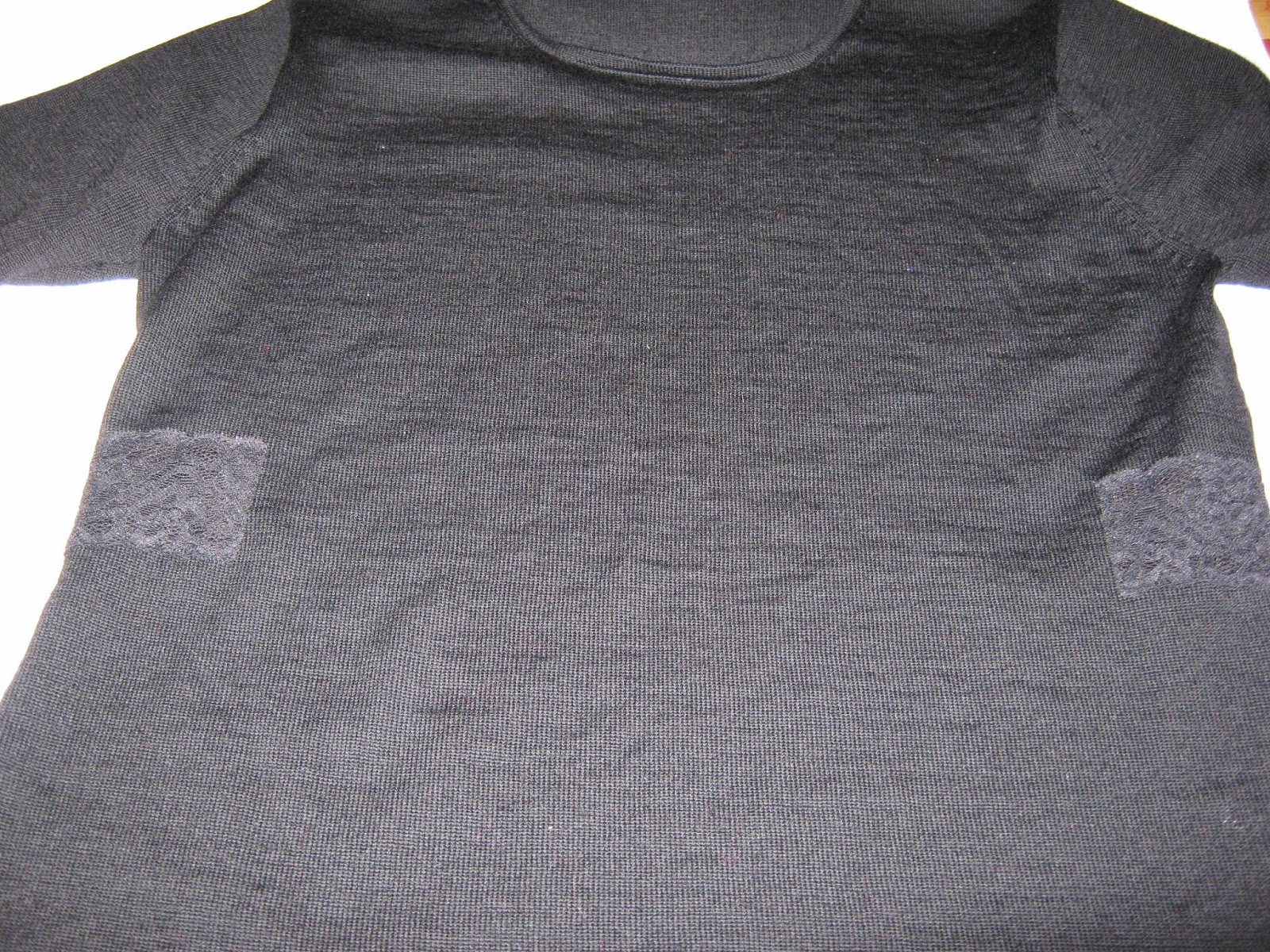 And for the cardigan, although I had no holes, I still reinforced the back with knit interfacing in the weak area.  I did this because I was going to apply a piece of lace, and needed something to stitch into.

I chose a lace with a nice large pattern and some flowers either side: 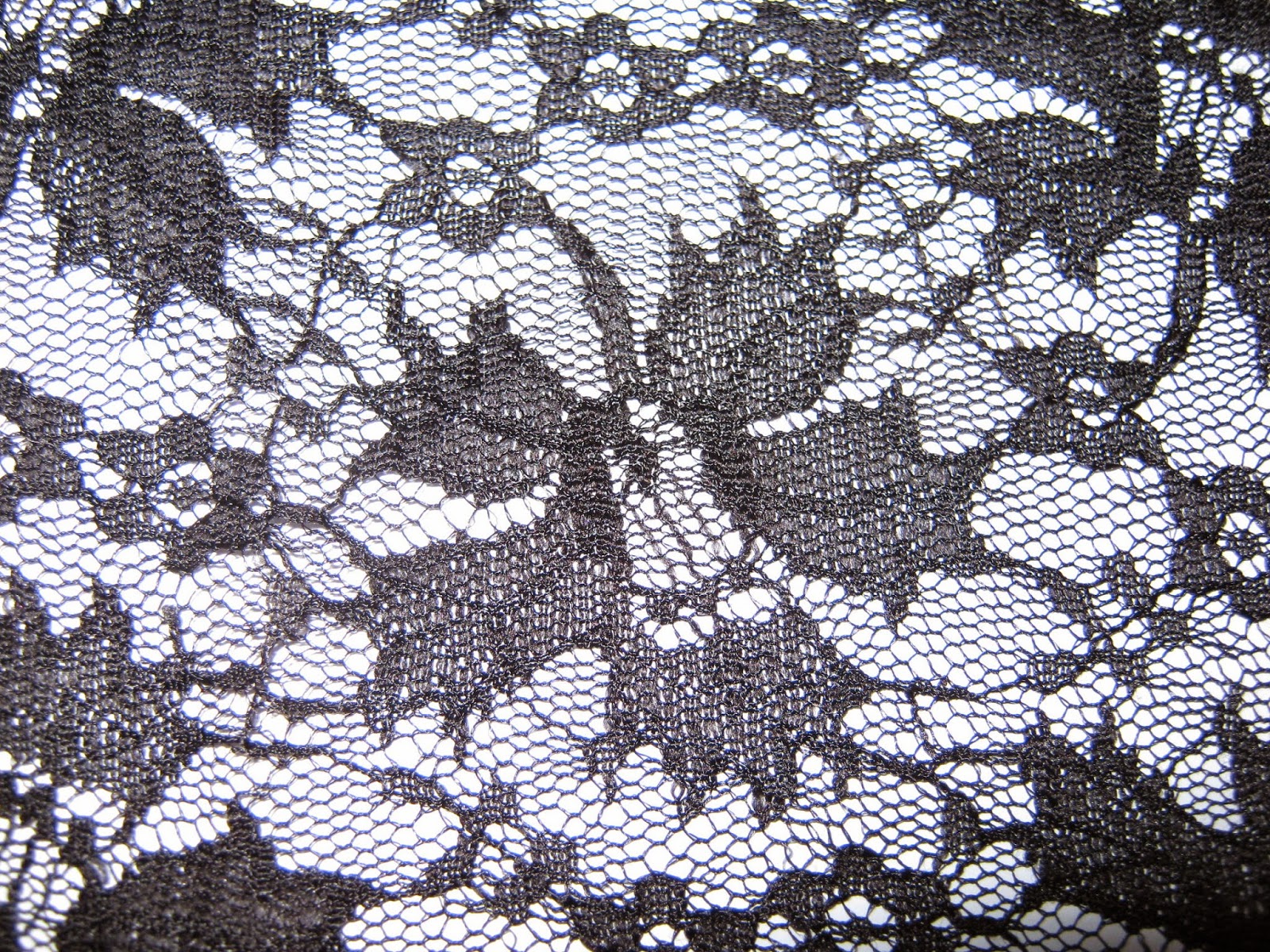 I cut out a shape that included the central flower and a few of the small flowers and applied: 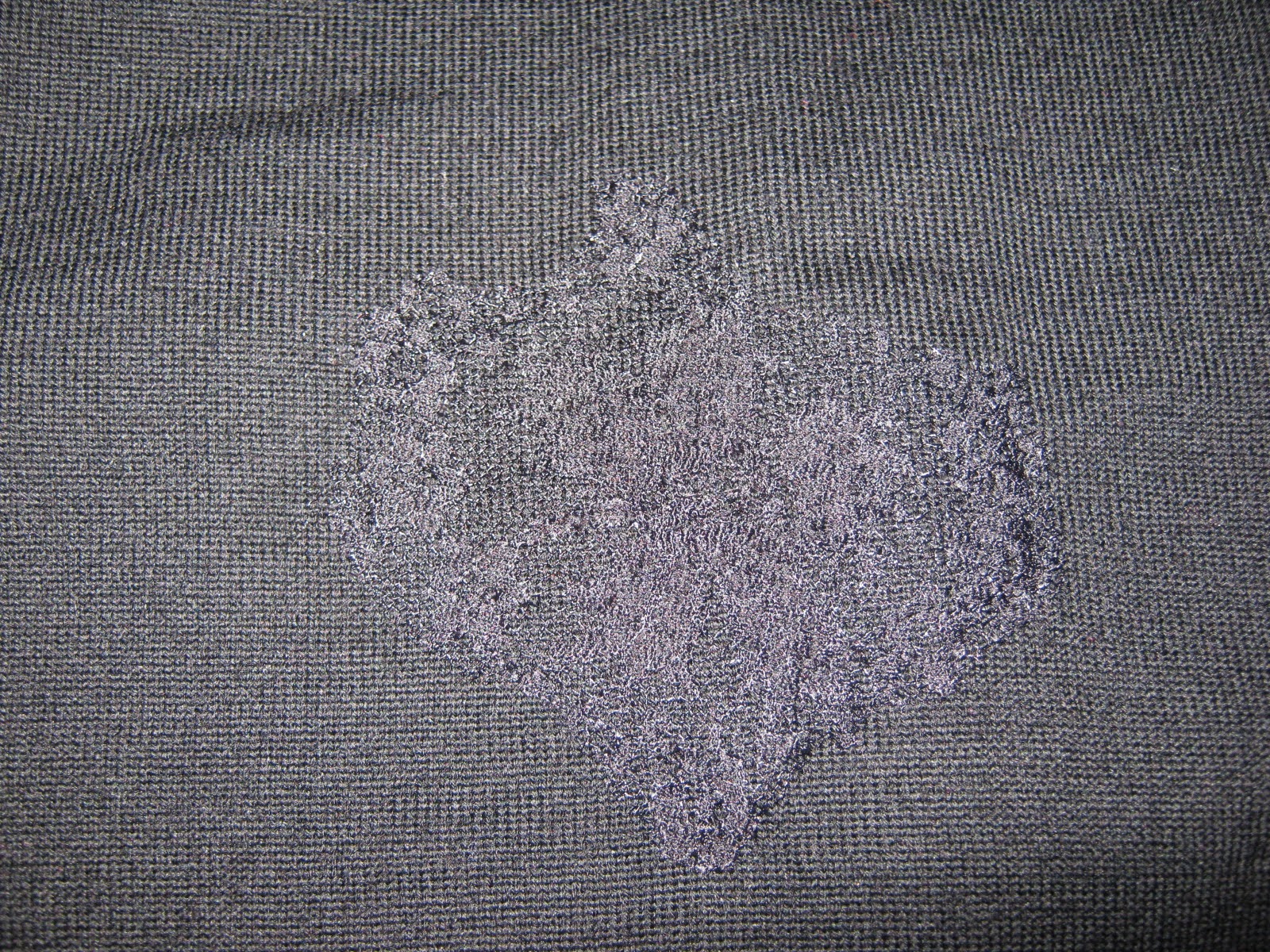 So now I have a designer applique on the back of the cardigan: 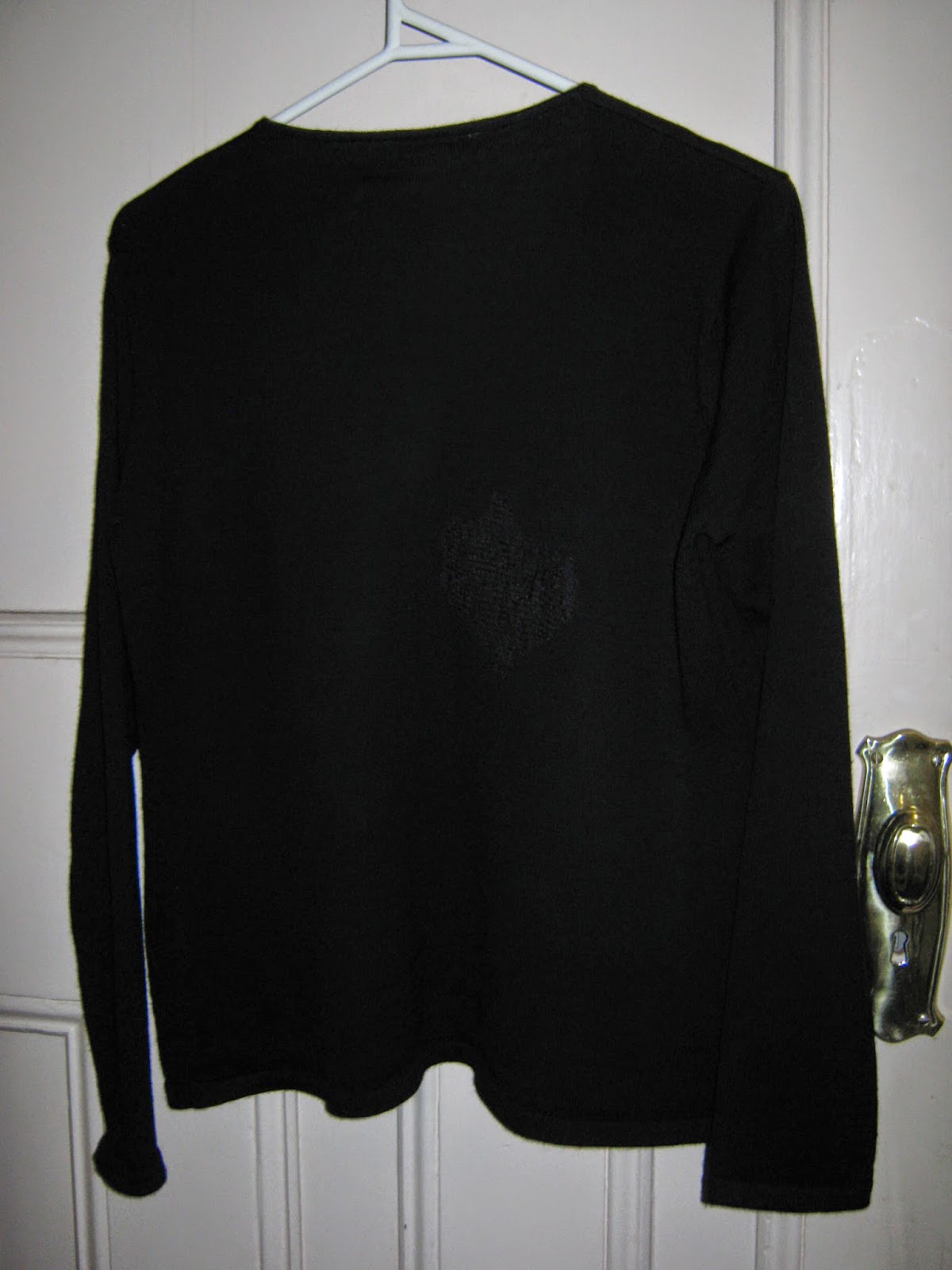 So now I have a designer twinset!!  Good enough to proudly wear - and I am going to, before something else happens to it :)