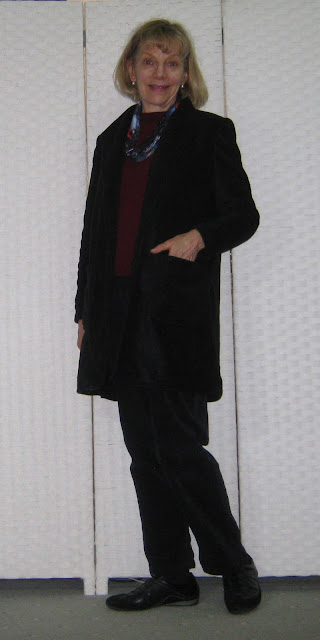 Winter has finally arrived in our part of the world with some quite icy mornings and some very chilly winds.

Now, while I have smart coats, they are more appropriate for more formal wear, or for city use.  Newcastle is a regional town, and tends to dress fairly casually.  My  life is also fairly casual at the moment and in any case, it is impossible to fight the elements here - including the many spider webs that appear at night and end up all over your clothes.

So I decided to make a coat that fitted the current conditions.

I rummaged through the stash and found this polar fleece.  For some reason I did not like it in the stash, and wanted it out.  It was ideal for a coat/jacket though, because it is a thicker and firmer fleece.

Then I went through my patterns.  Despite having quite a few (well, lots) I could not find one that I wanted to make.

So I went to Spotlight, and looked though the Vogue patterns, which were being sold at $7.00 instead of the usual approximately $29.00.  I looked for a simple pattern that would work with the fleece, and was just about to give up  when I saw this: 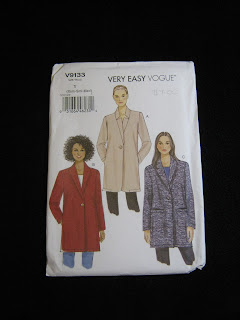 This coat/jacket has very simple lines and is unlined - perfect for fleece.  Unfortunately, I
can't put the line drawing in, as Blogger now doesn't like the coding when I cut and paste from Sewing Pattern Review.

I decided against making a muslin for this garment - it was a case of low enthusiasm couple with need for a casual coat.

I always find Vogue patterns are huge on my shoulders, so cut out XS (4-6) for shoulders and arms, and S for the body (8-10).  I figured that with the small amount of stretch in this fleece I could get away with not so much ease.  I did find though that the underarm was a little higher than I am used to, and while fitting nicely, I would drop that down to the S size if I made this again - especially if I used a woven.  I took out 1/2 inch along the L.S lines above the shoulder dart, and 1/2 inch below. The sleeves turned out almost a bit too short, so if I make this again, I will only the above the dart shortening.  Strange, because most sleeves seem to reach almost to my fingertips.

The coat jacket was designed to have shoulder pads.  I did not have enough room for those, plus I have square shoulders, so don't always need them.

I did find that the facing wanted to flap out, so I tacked that along the pockets.

And, I used a snap instead of a buttonhole - I usually close polar fleece with a snap.

And a note to self - if I ever make this in a woven, I may need to go up a size - make a muslin first.


*****
Just an aside - I will not be posting reviews on Pattern Review anymore - for some reason, the site will not accept my pictures now - I have spent ages trying to work out what to do and still can't upload.  Reviews without pictures are not looked at -  a waste of time and energy. I guess I could email them, but really, I find blogging is more to my liking, and I really like communicating with my regular followers and friends.  I just don't have that sort of connection with Pattern Review.   So I will review on my blog - and as I always include the pattern number, anyone searching for info on the web will be able to find my reviews on my blog.

Now, I have already told you that I did not really like this piece of stash.  It must have been listening, because it took it's revenge and punished me by prtesenting a hole in the back piece of the garment aftern is had been cut out. 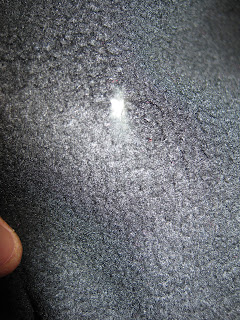 Of course, I had the usual emotional reaction, and after that put my thinking cap on.  The hole was in the upper third of the back about a third of the way in.  I decided that I could put a little tab band across the back.  I measured and marked my positions: 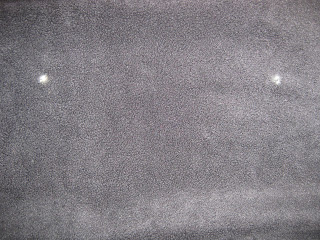 Then made a band.  Well, two actually, because after stitching the first, it had pulled in so much that the hole was not going to be covered: 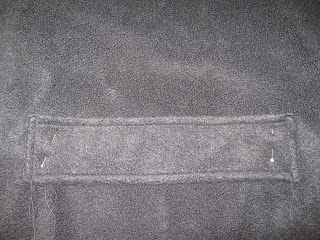 Then I stitched down, and then added buttons: 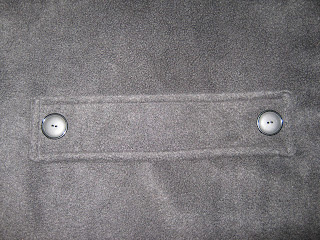 And strategically covered that pesky little hole on the inside with little daisies - these also hid the stitching from the buttons: 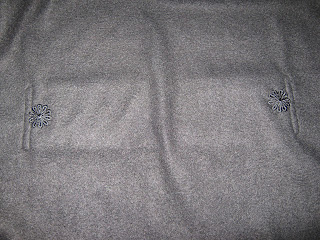 I added a second row of topstitching to the pockets: 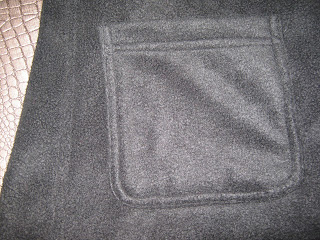 Instead of using polar fleece for the back neck facing I used a light weight knit - that is finished with lace at the bottom so it looks neat. It's just visible in the picture.  I also did a chunky topstitching along the collar and front edges: 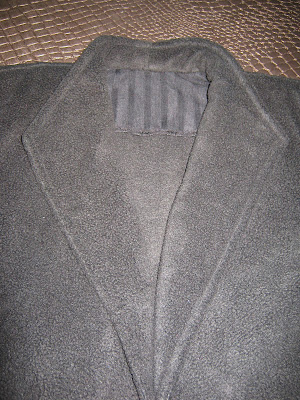 Side seams were done in a false flat fell finish, and the hem was just overlocked and turned up: 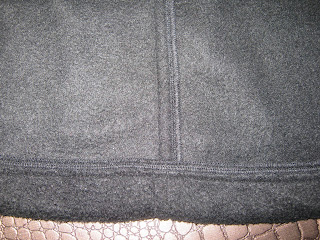 I do find my small domestic overlocker struggles with thick fabrics, and skips stitches and does not do a nice, neat job.  So I bound the armholes with stretch lace - my ancient heavy duty machine doesn't mind doing this at all: 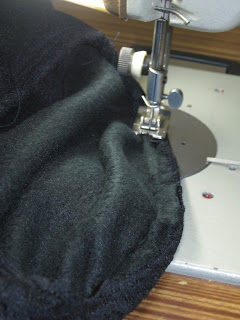 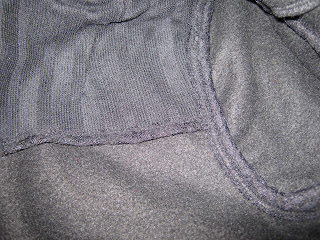 And the front button just covers a large snap closure.  I forgot to take a picture of that!

Now a few pictures of the garment - and I'm being very authentically casual in these photos, even down to the wind swept hair!  I'm sure quite a few of you will relate to ordinary clothes worn in a very ordinary way, instead of glamour shots of a garment made up - many of us have, after all, far from glamourous lives! 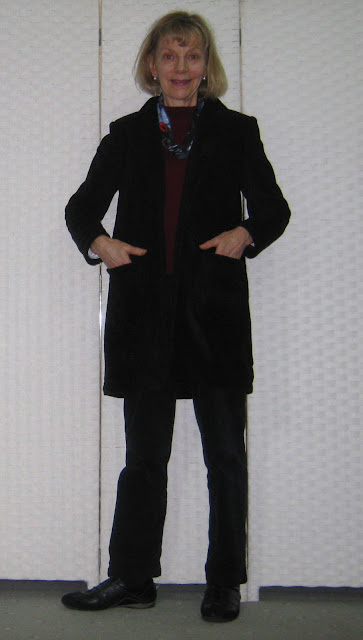 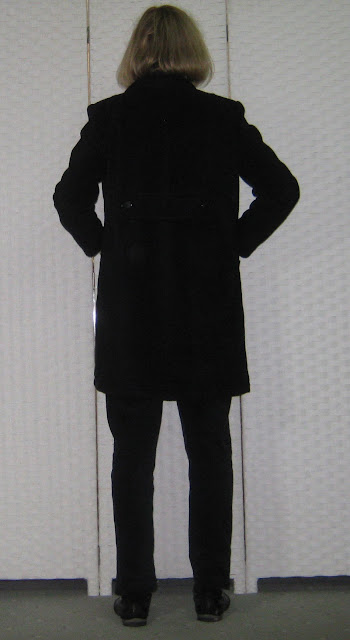 Well, that is it for Vogue 9133. It's a simple, easy to make jacket/coat that looks nice, even in Polar Fleece casualness!

For those of you following the building saga, the drains are done now down the side of the house. The roof is due to start next week - the roofers are putting the scaffolding up right now.   I will be so pleased to see the new roof go on - and hopefully are house will start feeling a little dryer and warmer.

$59.18.   Not one of my cheaper makes, but still cheaper than the local shops and Exibuy.