Toaster Sweater Simplicity edition, A Handknit Cardigan and The Bomber Dress being Worn... 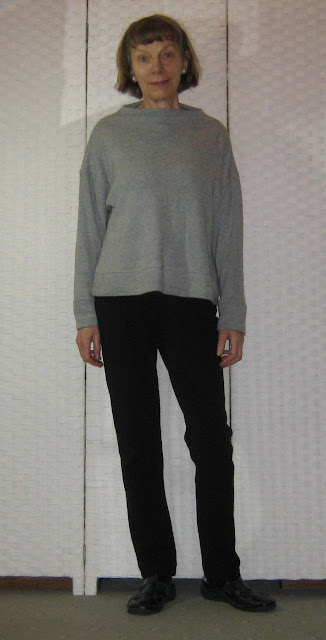 I have no doubt my face says it all. What I think about my test version of the popular Toaster Sweater, the Simplicity edition:

Of course, I imagine myself as looking a little casual and sophisticated like the young ladies in the picture.  I know I am not (although my husband tells me I am very sophisticated and he likes my practical attitude).   But perhaps it is the quality of my knit, which is an acrylic/wool mix, a remnant piece found at Spotlight. I think there is a heavy emphasis on acrylic, which I don't think I like that much.  It's very soft, and was terrible to sew - I managed to get the neckline and cuffs done neatly, but the bottom band just waved and waved.  I removed the first attempt and recut another band, very carefully tacked it on, very carefully serged with differential feed engaged.  And it waved and waved.  So in the end I had to press it, which is not a good idea with acrylic, so the band then stretched out.  Still, I see this in RTW tops as well - and RTW  tops like this in a fabric like this are also not perfect - I have made quite a study of them since making this top!

The overall shape is quite boxy and swingy, and this would have been the case even if the band had not stretched out. That has just made the top even more of a swing top.

And just in case you are wondering, I cut version B, top left hand corner in the pattern picture above. I did not alter the length of the bodice at all, because this was a test version of the shape.  The drape of my fabric is like that of version A, main picture.

Anyway, the practical me prevailed, and whether I like this sweater or not, I have found it the most useful little loungewear top that I currently have and now have some affection for it!

The neckline is a funnel shape, and the smudgy black dot at the back is a pen mark to tell me which is the back of the garment: 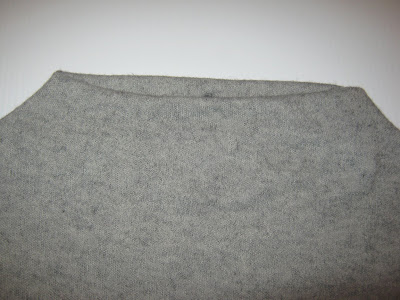 The shoulders are very dropped and I found that with this soft knit that a ridge formed at the armhole/shoulder junction.  I have learnt to live with this: 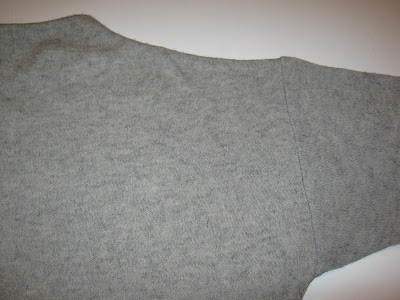 And the cuffs are okay.  I did find the sleeves very long and had to shorten them quite a bit, but they still turned out just a bit long.  Sometimes I don't mind, and sometimes when they annoy me I just do turn back cuff, which works quite well too.

So, for a wearable muslin, I am quite happy.  I have learnt how a new to me fabric performs, and if I sew this sort of fabric again, I will have some idea what the pitfalls are.

A few pictures and then I will show you my new handknit: 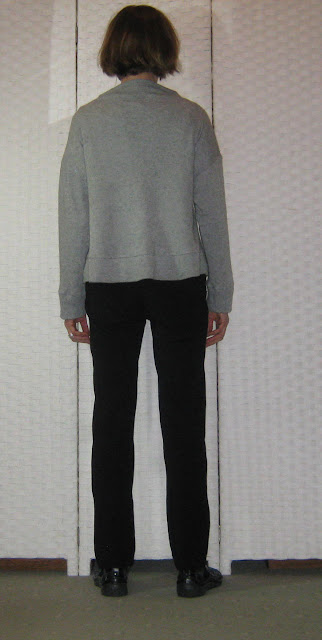 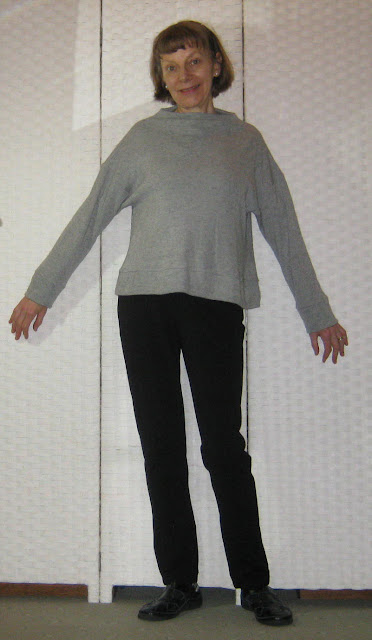 My handknit cardigan is a little less voluminous, although still short and boxy: 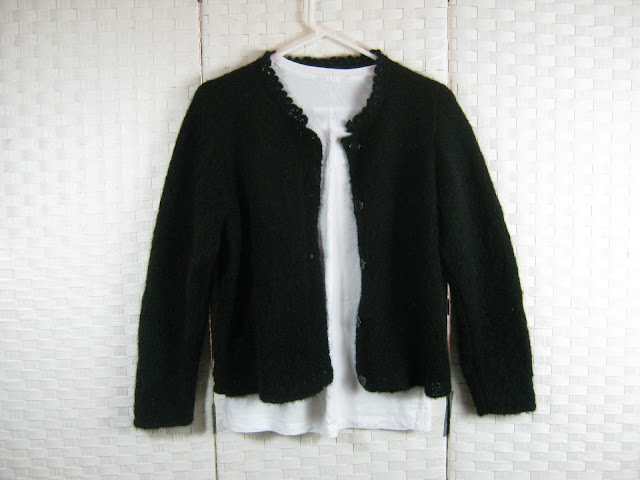 It's a pattern I have made before, but that cardigan is a long time ago knit and was put to rest ages ago. It's a Cleckheaton pattern for an mohair/acrylic blend called Studio, long discontinued.  I loved all the patterns they put out for this yarn and snaffled all the pattern books. 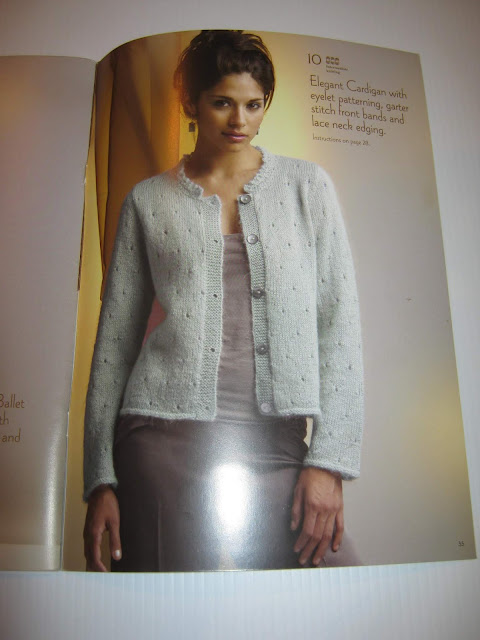 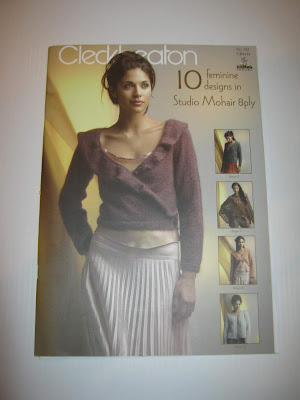 The yarn I used was Moda Vera Faith, purchased from Spotlight.  It's a wool/mohair/acrylic blend but not as soft as the original.  Anyway, here is a quick picture - with a rather awful white t-shirt and black pants - but I wanted the white contrast to show the cardigan up:

And finally, I do read your comments and appreciate you would like to see the Bomber dress on me to get a better idea of what it looks like.   So here it is, a quick snap - and one problem with taking a picture of bare legs on a cold day when you have been wearing socks is that you see sock lines!  And I am suffering sinusitis so I look quite strained. Oh well, never mind! :

That's it for now. For those of you that read my thoughts last week about blogging and social media, I have decided I much prefer blogging.  It's quiet, I feel settled, and I enjoy it.  Social media seems to invade more, and works at a far more primitive level as far as the physiology of the brain is concerned, and I really don't like it's effects.  I found your comments interesting as well.  So, you will see more posts from me, and I will revert to taking my rather homespun selfies to show you the garment. I am also humbled by the fact that so many of you read and enjoy my blog.

That's it for now, I will be back next week - unbelievably I have 34 unposted garments, mostly very simple constructions,  so I should have plenty of blog material for the next few months!